To accompany the creativity and ingenuity of the Lucatello family, we go out and find international brands that have interpreted the philosophy of our company in the best way possible, and which have developed internationally recognizable products over the years. 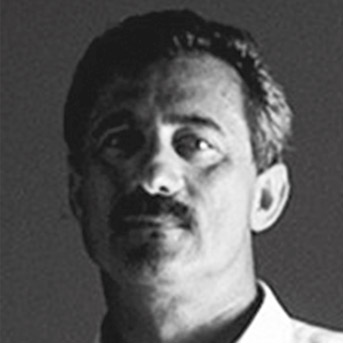 Arnaldo Gamba, born in Vicenza, now resident in Verona, from an early age reveals an interest in the arts: music, with the study of the piano, figurative arts, graduating from the Liceo Artistico in Venice, and literature, which he deepens by attending a lot in time the Faculty of Letters and Philosophy of the University of Padova.

After a phase of youth experiences with exhibitions and painting competitions, he attended the University of Architecture of Venice, where he graduated with full votes. Until the seventies he worked in the architectural and urban planning field with his own professional studio in Padova, carrying out restoration projects of historic buildings, urban and district regulatory plans and collaborating in the design of some public works.

The bureaucratic slowness, as opposed to his exuberant creativity, led him to turn to the industrial world, attracted by greater efficiency and concreteness of realization. In this collaboration with the industry, a new path of work comes to life, the design of the furniture object, which represents the best known and most documented activity, where it creates design products for important brands in the home furniture sector, being awarded several times in competitions and exhibitions where he participated, in Italy and abroad.

He collaborates with brands such as Naos, Reflex, Altana, Bellato, Roche Bobois, C Due, Icami, Bros and others among the most important on the Italian production scene. 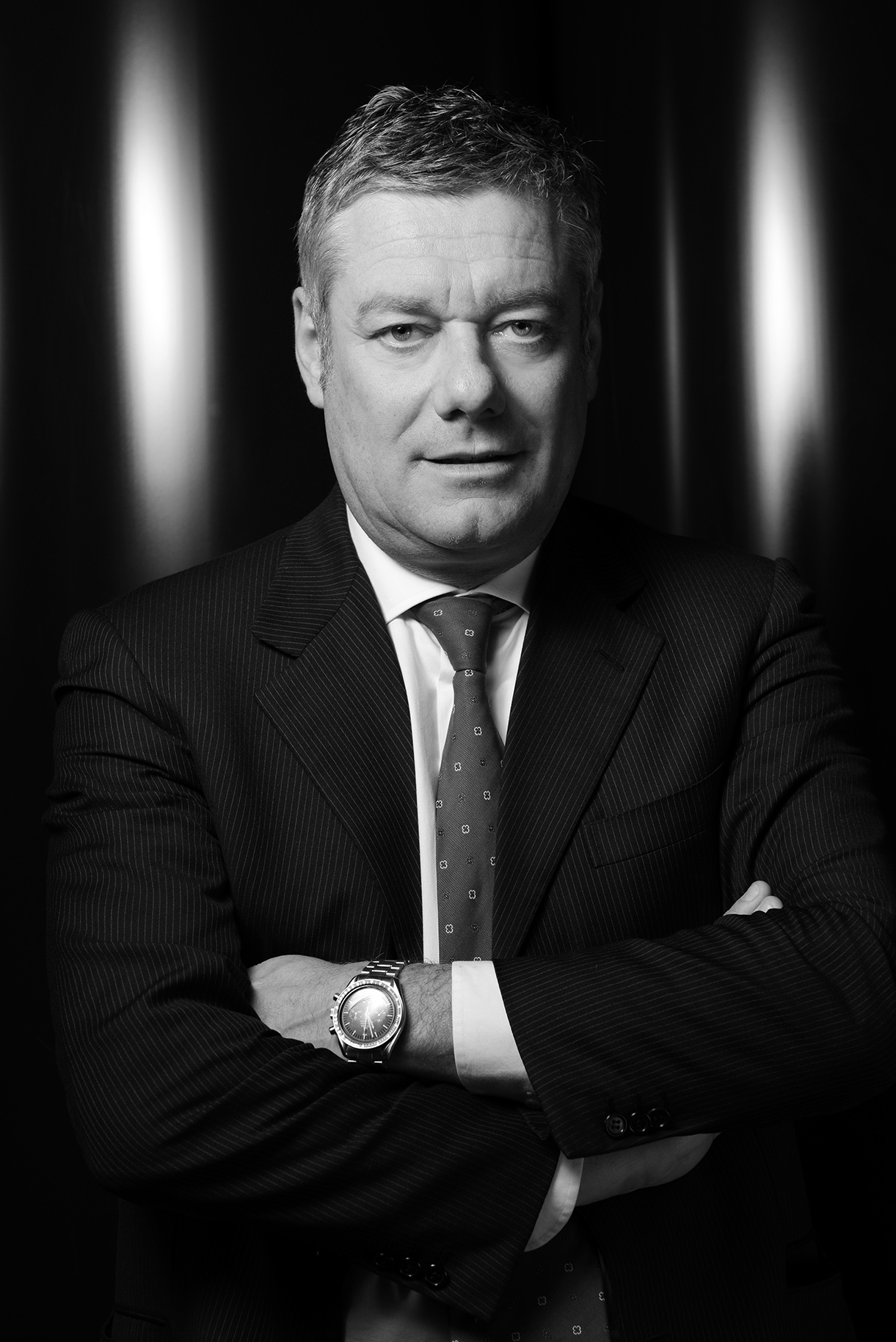 A global icon of Italian style, Pininfarina is recognized for its unrivaled ability to create timeless beauty through its values of elegance, purity and innovation.

Founded in 1930, Pininfarina has evolved from an artisan company to an international service group, the supreme expression of automotive style and a consolidated reality in industrial design, experience design, architecture, boating and mobility beyond the automotive sector.
A group that employs 600 people, with offices in Italy, Germany, China and the United States and listed on the stock exchange since 1986.

Over the course of nine decades, Pininfarina has designed more than 1,200 vehicles and more than 600 projects in different areas, receiving many international awards. 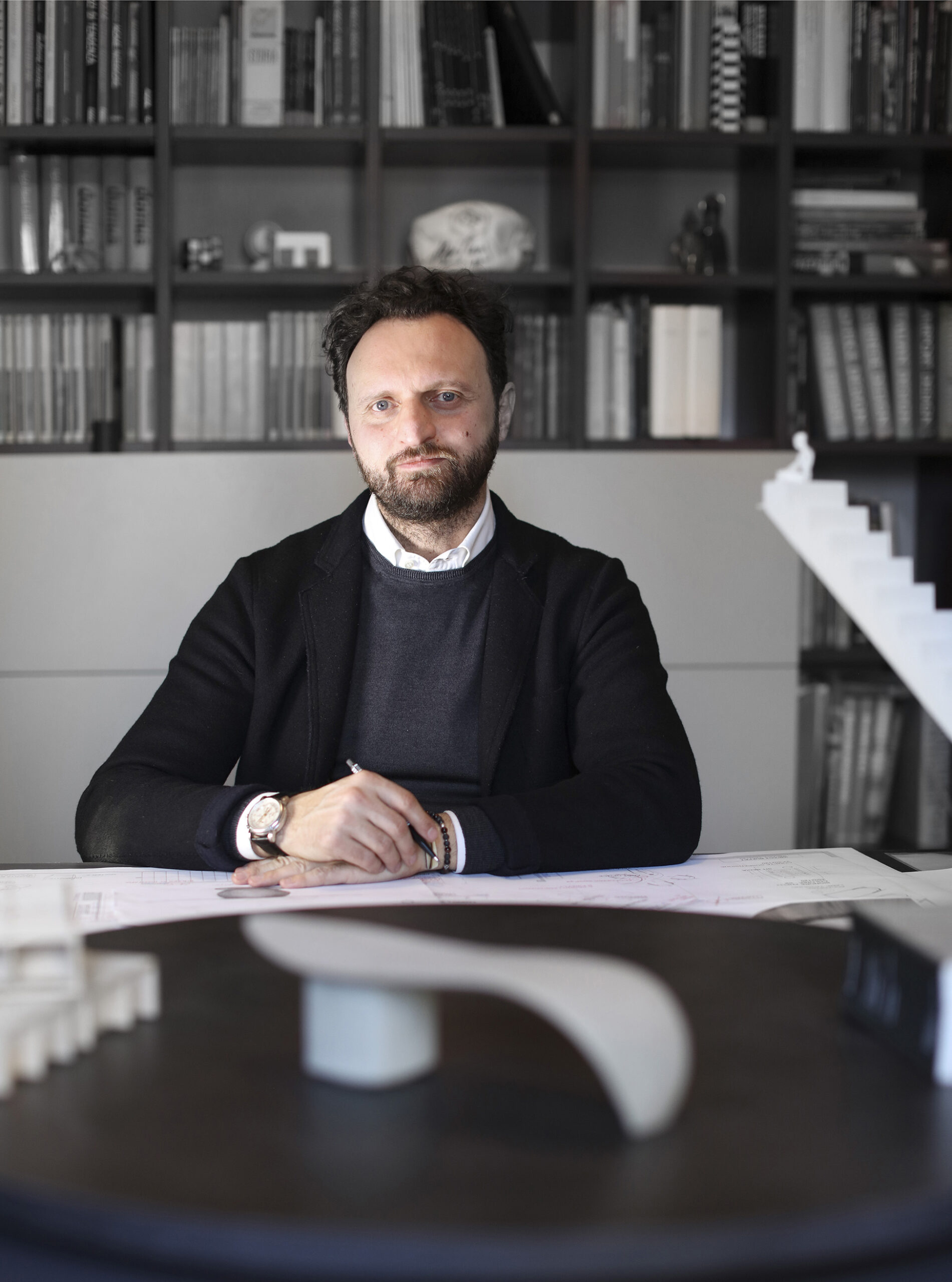 Furniture is in his blood, being the grandson of an artist – in 1914, his grandfather founded the family cabinetmakers. He grew up surrounded by the scent of wood, discovering his first designs and learning the ancient techniques of furniture production. He graduated with honours from the Polytechnic of Milan in 2002.

Through his know-how and his unique ability to read different types of architectural spaces and styles and interpret historical cultures, he has carried out some high-profile projects in Italy and abroad.

With a wealth of international experience behind him, the most important projects he has worked on include private residences (Israel, Switzerland, Milan, Russia, Germany, France), Flagship stores (Shanghai, Beijing, Russia), VIP lounge at Perm international airport.

Since 2015 he has been the artistic consultant for Reflex, and designed the Flagship stores in Milan, Berlin, Dubai and London.

Emanuele Missaglia is an architect, designer and artistic director.

In 1973 Arnaldo Gamba and the architect Leila Guerra, who was original/y his pupil and then became a partner in his practice, founded the G. Studio Associates. Together they have created numerous products far important makes of home furnishing.

They have been selected several times far exhibitions and design competitions both in Italy and abroad (Selezione Young and Design, Selezione Forum Design, Primo Premio 290 Tecnohotel 1992, Premio Casa Idea, Selezione Triveneto Design, etc) and some of their works have been presented at the Department of Furniture and Woodwork at the Victoria and Albert Museum, London, and at the Museum of Contemporary Art, Chicago.

Arnaldo Gamba's passion far the figurative arts was not neglected in this period (1978-1998) but was cultivated privately for his own interest, in his activity as a painter. However, this passion re-exploded in his professional life in 1998, when he started to work with the Roncato company. 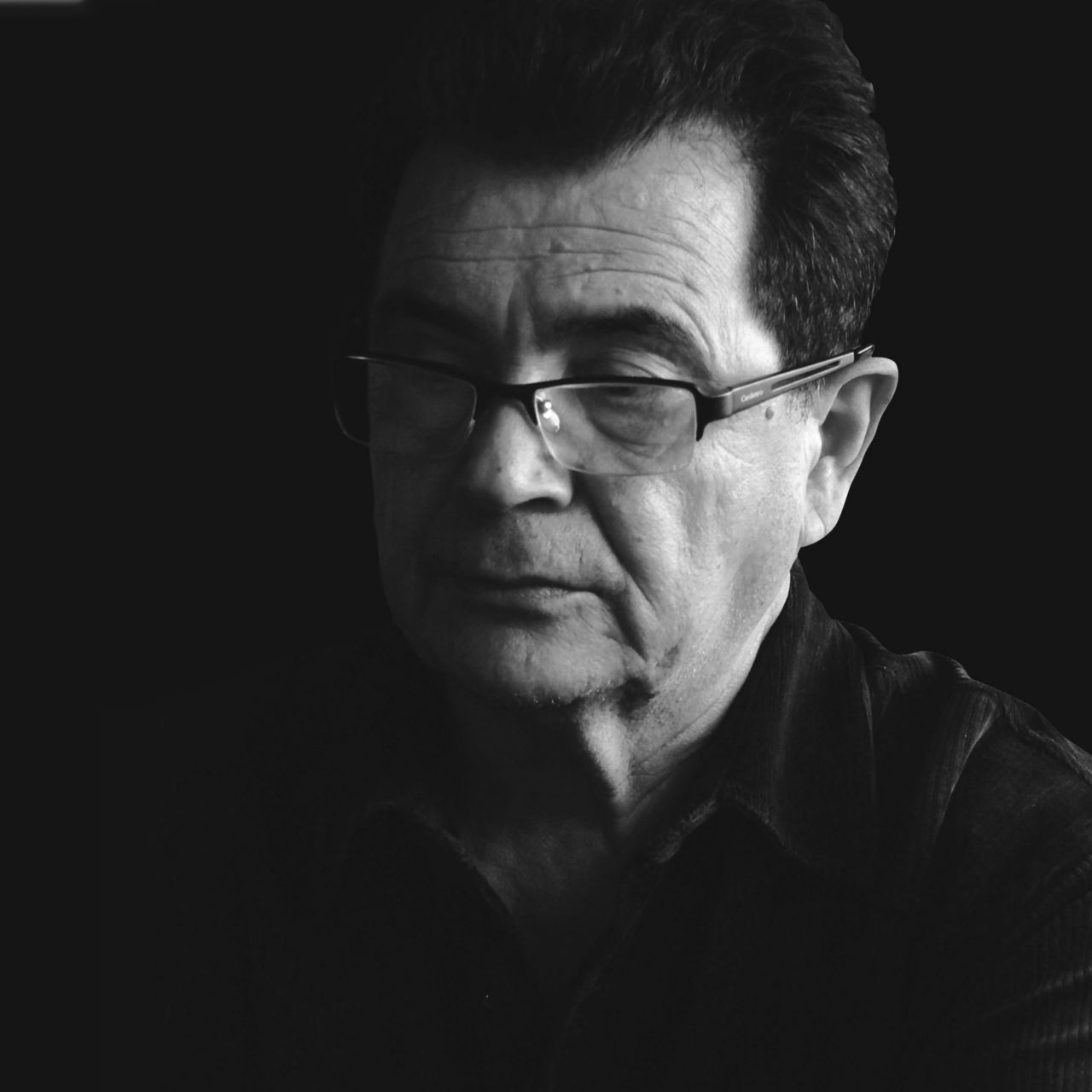 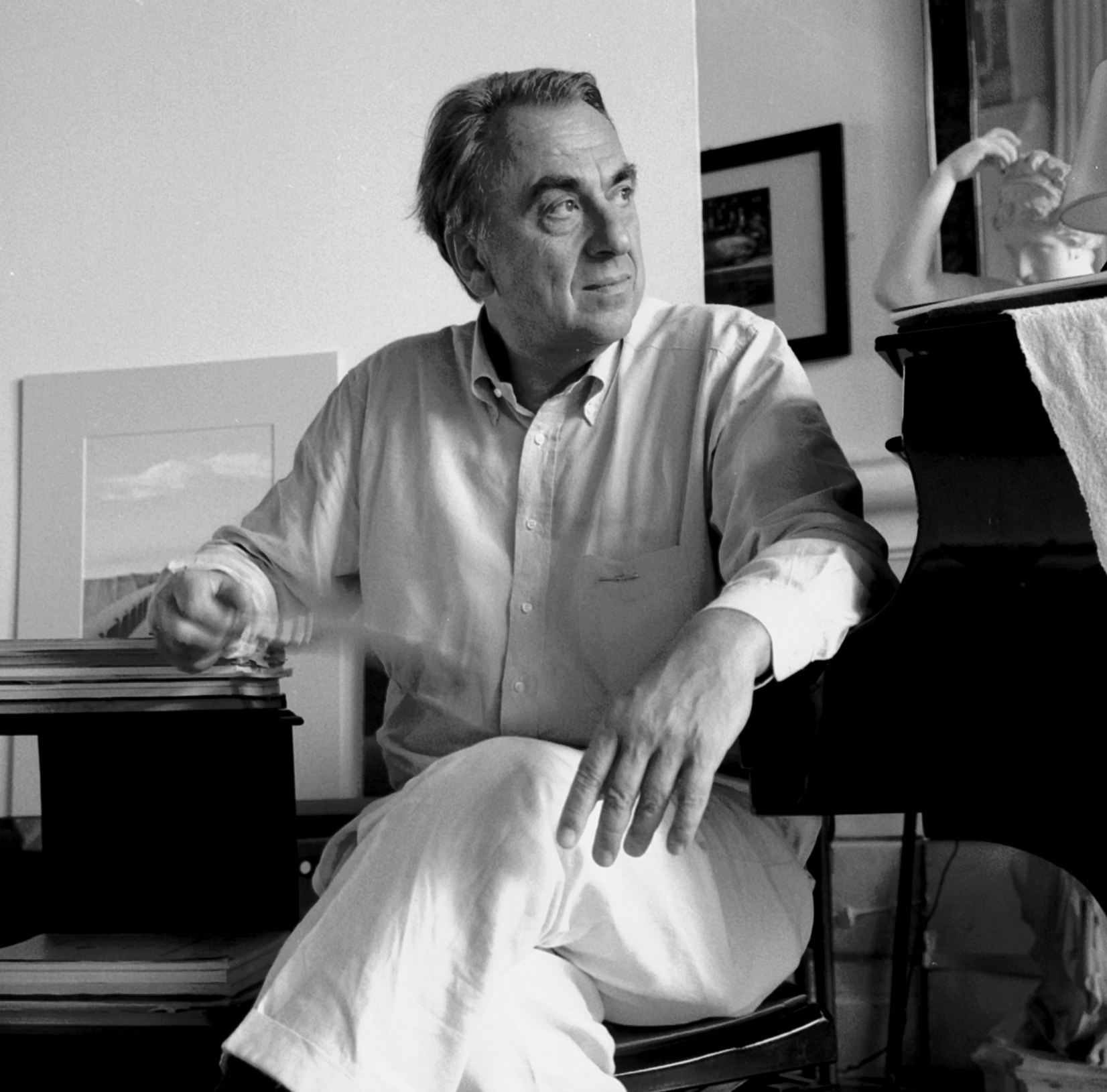 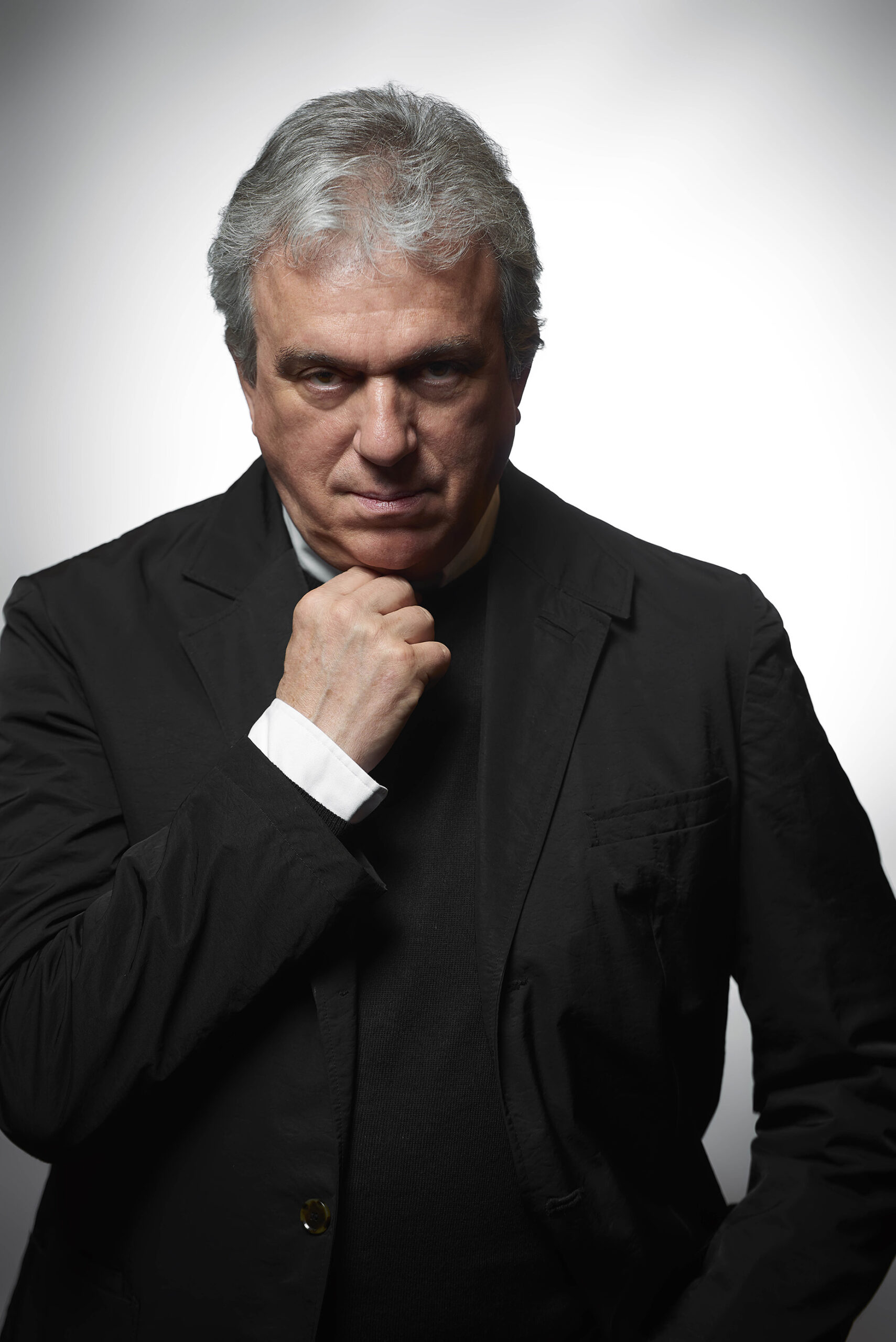 Marco Piva, graduated at the Polytechnic of Milan, operates in Italy and abroad on architecture, interior and industrial design projects, earning numerous prizes and awards.
The effort in material research and technology, the value of differentiation and innovation, leads to an intense design production that become one of the most representatives of the Italian panorama.

Marco Piva, a traveller and a designer, is an innovator who is dedicated to create unique design solutions pervaded by stylistic freedom, functionality and emotion.

In Osaka, he has participated in the design and construction of the innovative complex Next 21, in Dubai he designed the hotel and residential complexes of Oceana and Tiara. Studio Marco Piva has also designed the Laguna Palace in Mestre, the Port Palace in Monte Carlo, the Hotel Mirage in Kazan, the Una Hotel in Bologna, the THotel in Cagliari, the DoubleTree by Hilton in Mogliano Veneto, the multifunctional complex Le Terrazze in Treviso, the prestigious Excelsior Hotel Gallia in Milan, the Pantheon Iconic Hotel in Rome and La Suite Hotel in Matera. Marco Piva also designed the Concept Design for Bulgari worldwide windows and the Casa Alitalia lounges for Alitalia.

Currently, he is engaged in the development of  urban masterplans in China, the Tonino Lamborghini Towers complex in Chengdu, private villas in Beverly Hills, Shanghai, Melbourne, Accra, Dubai and Moscow, the Princype residential complex project in Milan, the recovery of historic buildings in Milan , Venice and Shanghai, as well as in the creation of design furniture and complements  for the main Italian companies. 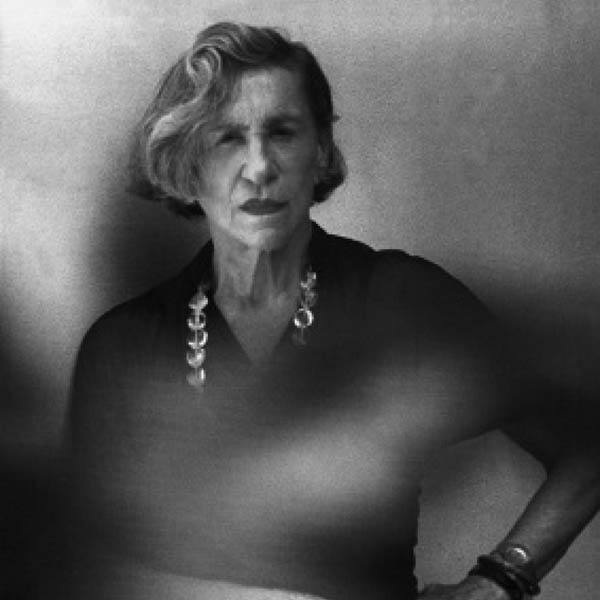 Born in Paris, Andrée Putman is one of the most internationally renowned designers. She has signed important projects of architecture and interior design for both public and private spaces in countries all over the world.

In one stage of her activity, more precisely in the Eighties, her interest in art and design led her to re-present and interpret some works by Eileen Gray, Robert Mallet- Stevens, and Mariano Fortuny. Some of the most significant realisations include Morgan’s Hotel in New York, the Centre d’Art Plastique Contemporain in Bordeaux, the furnishings for the interior of the Concorde for Air France, the Pershing Hall Hotel in Paris, the Blue Spa and the swimming pool of the Bayerischer Hof Hotel in Munich, the boutique Guerlain in Paris, many private residences and recently also “The Putman” skyscraper in Hong Kong. As a designer she has created a line of jewels and some items of silverware for Christofle, a porcelain collection for Gaia & Gino and the reinterpretation of the famous Steamer Bag for Louis Vuitton. Another of her recent activities was the “Espace Andrée Putman”, an area so called as a tribute to her, located in the Stade de France in Paris. In January 2008, Bertrand Delanoë, the Mayor of Paris, appointed her President of the first Comité Design, an association specially created to advise and support the administration in all interventions and projects for the city.

Gianmarco Codato class of '87 graduated in Industrial Design at the IUAV of San Marino. Later he moved to New York and Los Angeles, where he follows freelance projects for Design, Communication and companies in the sector.

Currently in the studio, Lino Codato Design & Communication, together with Luciano Trevisiol mainly develop projects related to furniture design; projects in which he always tries to take into account the production methods available with particular attention to the materials used, through constant research. In this way, innovative products are created, which aim at a balance between functionality and aesthetics.

"For me, design is a great challenge to live every day looking for new ideas thanks to continuous research, in order to intrigue companies and thus see their project developed on paper realized."

Luciano Trevisiol, industrial designer lives and works in Castelfranco Veneto. Since 1990, the starting date of his professional activity, he has mainly been involved in Product design.

1990 is also a significant date because he meets two important personalities from the world of design: the architects Tobia Scarpa and Luciano Bertoncini with whom he collaborates for several years.

The main feature of his work is the traceability of projects, which does not stop at the initial creative phase, but tends to follow all the various stages: proposing research of materials, innovative processing techniques and constant control of the design process.
All this to create a constructive and real synergy with the brands that rely on his creativity.

Since 2015 he has collaborated with LINO CODATO DESIGN & COMMUNICATION of Castelfranco Veneto. 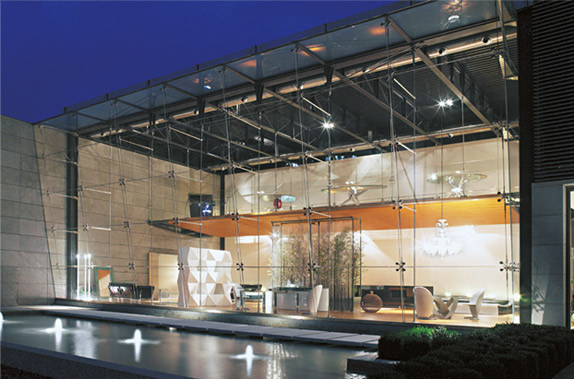 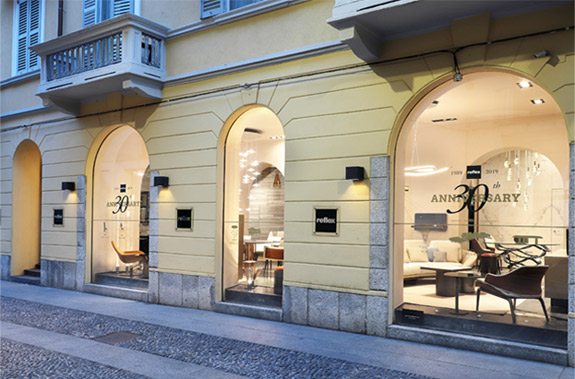 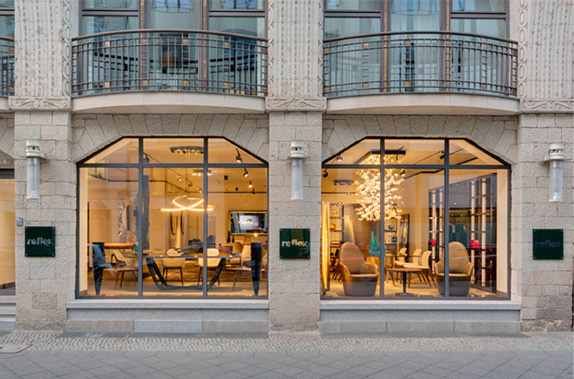 Sign up and stay updated on events, news and the latest products.